A Suffragette who fought for women voting 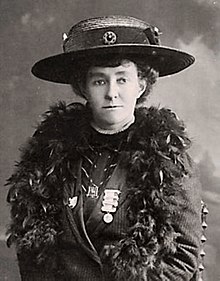 Emily Wilding Davison was a suffragette who fought for votes for women in the United Kingdom in the early twentieth century. A member of the Women's Social and Political Union and a militant fighter for her cause, she was arrested on ten occasions, went on hunger strike seven times and was force fed on forty-nine occasions. She died after being hit by King George V's horse Anmer at the 1913 Derby when she walked onto the track during the race.
Credits to Holmsdale Manor Nursery