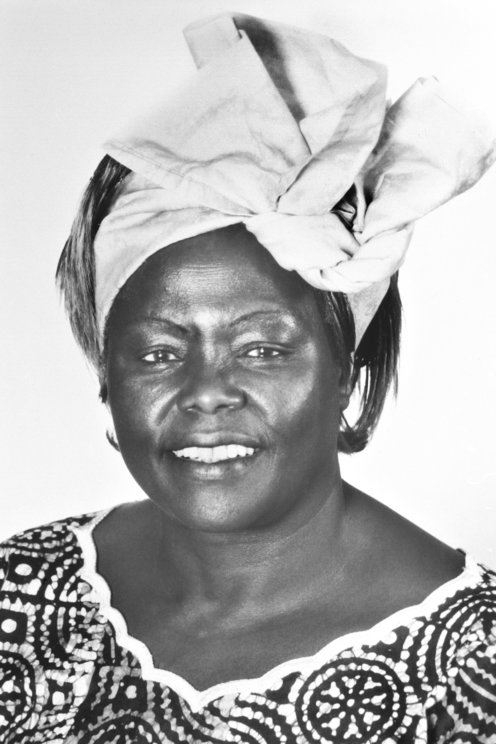 WANGARI MAATHAI (1940-2011) was a Kenyan environmental and women's rights activist. She was awarded the Nobel Peace Prize in 2004 (the first African women to achieve this) for her contribution to sustainable development, democracy and peace. Maathai was an elected member of Parliament and served as assistant minister for Environment and Natural resources in the government of President Mwai Kibaki between January 2003 and November 2005. She was an Honorary Councillor of the World Future Council. She was affiliated to professional bodies and received several awards. In 2011, Maathai died of complications from ovarian cancer.
Credits to Andrew Goff